Do you ever believe in coincidences? Well guess what, I do. The owner of this car went to the high school I would have gone to had I not changed districts, and as it was unbelievable how well I knew his classmates (I attended the elementary school that preceded the high school). Not having spoken to many of those classmates for so long, the owner filled me in on them, and it was like reading a tabloid about my former classmates. Because of that, we started bonding and became great friends. If that is not a coincidence, I do not know what constitutes as one. Our friendship was made better because he informed me that he is a car fanatic, and he drives a manual car, a 2005 Ford Mustang V6 5 speed. The Ford Mustang was what one would call the starter of the “pony car.” Ford wanted to build a sporty but affordable and family friendly vehicle for the masses. The first Mustang debuted on April 17, 1964, and these Mustangs were regarded as the “1964 1/2 Mustang.” In its first year, it sold over 400,000 copies and sparked the muscle car era. Shortly after, Ford’s rivals Chevrolet and Dodge/Plymouth started getting in the action with the Camaro and the Challenger/Barracuda. The Mustang II, introduced in 1974-1978, was a disappointment compared to the first generation. No longer displaying svelte and crisp lines, the frumpy Ford Pinto-based (Ford Pinto was an economy hatchback) Mustang II was slow and featured ordinary styling. Due to the oil crisis of the 1970s, the Mustang II was fitted with fuel efficient but slow engines. However, the Mustang soldiered on till the fifth generation in which the most significant Mustang since the original debuted in 2005 model year. This generation’s design would borrow heavily from the original Mustang as well as be completely redesigned in and out. I had the pleasure of driving a 2011 V6 and 2014 5.0 GT, but since those were refreshed models of this generation, I thought it would be cool to review a pre-refreshed Mustang, with a manual transmission of course.  END_OF_DOCUMENT_TOKEN_TO_BE_REPLACED

My friend was puzzled when I asked him if I could review his beat up Saturn five speed. Many of you readers are probably wondering why I am reviewing this car, especially when the cars I have reviewed in the past include a Nissan GT-R, several Mercedes-Benzs, and BMWs. My reason being is that it is a manual, and also because it is a Saturn SL. Before we bought our 2002 Toyota Camry, we had a 1993 Saturn SL (see picture below). Saturn was a division of General Motors, and the idea of Saturn was conceived around 1982-1983. At this time period, American compact cars were considered obsolete in the face of Japanese competition. Honda and Toyota provided superior reliability, quality, and fuel efficiency that American cars failed to match. My dad bought his 1988 Honda Civic in 1988 because it provided the best reliability and value for the money compared to domestic rivals. The idea behind Saturn was that it would provide American vehicles that could provide Japanese quality and reliability but at cheaper prices. Saturn also implemented no-haggle pricing to aid customers in the buying process. Another Saturn feature was that Saturn cars came with dent resistant plastic body panels. The first Saturn vehicle were the 1991-2002 S-Series which consisted of a coupe (SC), sedan (SL), and a wagon (SW). The first SL sold well, and was met with praise by reviewers. My dad, a loyal Honda buyer, ditched his Honda Civic, and bought a SL, and we loved that car for nine years. In nine years, it racked up 130,000 miles without any reliability issues. The S-Series was redesigned in 1996, and then again in 2000, although it was more of a face-lift than redesign.  END_OF_DOCUMENT_TOKEN_TO_BE_REPLACED 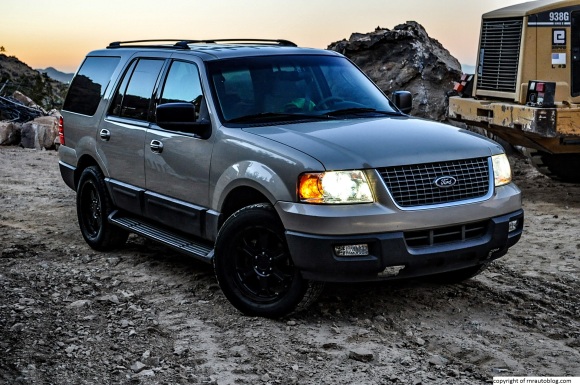 In the 1990s, the “SUV boom” was taking place. All of sudden, people started gravitating away from minivans and station wagons to SUVs for their family vehicle. Ford was one of the manufacturers that took advantage of this trend with their midsize Explorer SUV. It was wildly successful as Ford sold over 400,000 Explorers in 1996. However, people looking for bigger SUVs flocked to the Chevrolet Tahoes and Surburbans and their GMC twins. Ford then saw another opportunity for another SUV, one that would be more expensive and bigger than the Explorer. Heavily based off the Ford F-150, the Expedition came to fruition in 1996 as a 1997 model. The Expedition came with third row seating and several features that were not available on the Explorer, as well as more powerful engines for maximum towing capability. The Expedition found many customers, as it was sized between a Tahoe and Surburban yet was as affordable as a Tahoe. The Expedition’s success merited a luxury version for Ford’s luxury division, the Navigator, as well as an even larger SUV, the Excursion. In 2003, the Expedition was redesigned, still based off the Ford F-150. However, this generation was noticeable for being the first body on frame SUV (the chassis and the body are not connected together until the end of the production process) to utilize an independent rear suspension, a sophisticated suspension reserved for sedans. This move was criticized by some as it was thought that the IRS would hamper the Expedition’s towing abilities and off roading ability. Whereas the first Expedition felt like a truck with clumsy handling, jittery ride, and a loud interior, the second Expedition focused on a more comfortable driving experience as well as better interior accommodations.

END_OF_DOCUMENT_TOKEN_TO_BE_REPLACED

In the 1950s, General Motors enjoyed its status as the biggest corporation in the world. GM’s notoriety stemmed from its automobile divisions: Buick, Cadillac, Chevrolet, GMC, Oldsmobile, and Pontiac. However, they all lacked a world class sports car to rival Jaguar, MG, Triumph, and the like. GM’s lead designer, Harley Earl came up with the idea of a sports car that would also cost as much as an affordable American sedan.This generation is known as the C1 which lasted from 1953-1962. The Corvette had its ups and downs. The C2 generation was one of the most popular Corvettes thanks to the Stingray model which had hidden headlights and a split window fastback, and it boasted performance worthy of a sports car. The C3 (1968-1982) was hit by the oil crisis of the 1970s, and demanding government regulations resulted in more pedestrian friendly bumpers, and the result was more fuel efficient but slow engines and altered styling. The C4 generation arrived in 1984, and Chevrolet was determined to up its ante with updated mechanicals and new styling. In 1996, Chevrolet introduced the LT4 version that came with a new 350 cubic-inch small block V8 for the Corvette. END_OF_DOCUMENT_TOKEN_TO_BE_REPLACED

Contrary to what most people think, the Z3 was not the first Z to start off the Z series (Z3 and Z4). That title goes to the Z1.  During 1989-1991, BMW built the Z1. The Z1 featured many innovative touches such as doors that slide down in their sills and a removable plastic body. This car could be driven with all of the body panels completely removed. They were never sold in North America, and the Z1 was discontinued after just two years and with 8,000 models produced. After noticing the success of the Mazda Miata roadster, BMW decided it wanted a piece of the action. Introduced in 1996, the Z3 made its debut in the James Bond film, Golden Eye, which BMW used to promote the car. The BMW Z3 emphasized its mix of modern BMW mechanicals with retro styling cues from the BMW 507 (a classic BMW roadster). It gained new interior and exterior revisions in 2000.

END_OF_DOCUMENT_TOKEN_TO_BE_REPLACED 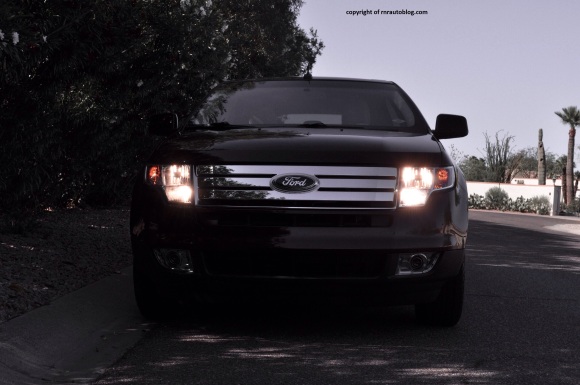 The Ford Motor Company takes pride on its SUVs. As one of the country’s best selling SUV in the late 1990s, the Explorer propelled Ford to the top of the SUV market. Then Ford created the Expedition as a larger alternative to the Explorer. Ford decided to get creative and introduced the Excursion as an even larger alternative to the Explorer. After the Excursion, Ford birthed the Escape as a compact substitute. The SUV market shifted from truck based SUVs to car based SUVs dubbed crossovers. Finally the Edge came to fruition as to give Ford’s increasing SUV lineup a midsize SUV contender to the Hyundai Santa Fe and Chrysler Pacifica. Based off the Ford Fusion, the Edge aimed to combine family sedan virtues while appealing to the SUV market. For 2010, a Limited trim replaced the top of the line SEL Plus.

END_OF_DOCUMENT_TOKEN_TO_BE_REPLACED

Seeing how the market reacted to the Chevrolet Camaro and the Ford Mustang in the 1960s, Dodge went to work at developing a rival. In late 1969, the Dodge Challenger and its twin, the Plymouth Barracuda were introduced. Their advantage over the aforementioned Camaro and Mustang was that they both could be ordered in numerous trims and options with any engine from Chrysler’s lineup (Dodge and Plymouth are owned by Chrysler). Plymouth positioned the Barracuda against the Camaro and the Mustang while the Challenger rivaled luxury muscle cars such as the Mercury Cougar and Pontiac Firebird. It sold well but there was one caveat: timing. These two muscle cars rose to prominence as the muscle car segment declined, not to mention there was the oil crisis shortly after. Discontinued in 1974, the Challenger was revived not as a muscle car, but as a rebadged Mitsubishi Galant Lambda. Unsurprisingly, this Challenger was discontinued in 1983. As the 2004 Ford Mustang restarted the pony war, Dodge revived the Challenger. This time, it would stay true to the 1970s Challengers and Barracudas.

END_OF_DOCUMENT_TOKEN_TO_BE_REPLACED 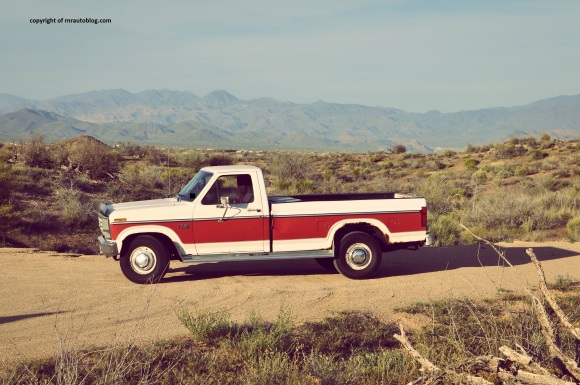 In 1948, the F-Series pickup debuted with a variety of cab, chassis, and powertrain configurations. Catering to the industrial population, the F-Series was successful. It was not until 1957 that it underwent a complete redesign. In contrast to the previous F-Series’ circular appearance, the 1957 generation sported a square and modern look. As the years went by, the F-Series gradually changed its focus from the industrial population to the general population. By 1975, the F-Series broke into the F150, F250, F350 versions. In 1980, it underwent its first complete redesign since 1965 with an all new chassis and body. This eighth generation of F-series is now considered the last classic Ford truck.

END_OF_DOCUMENT_TOKEN_TO_BE_REPLACED 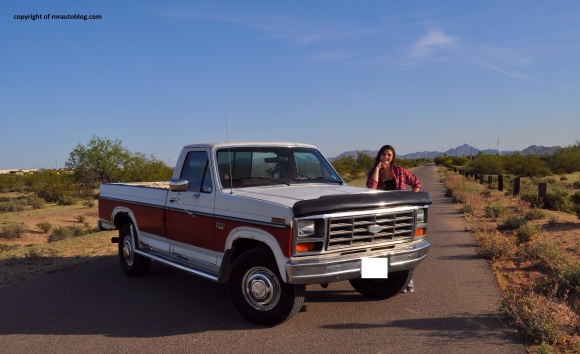 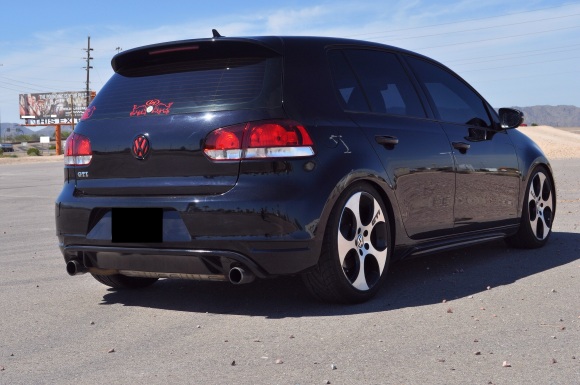