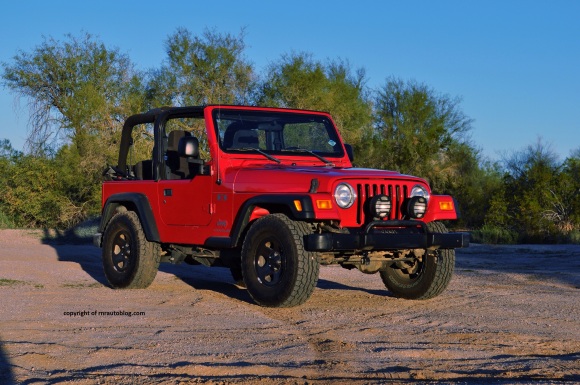 “I caught her topless”

The Jeep Wrangler originated from the military vehicle, Willys Jeeps. Willys made a civilian version of the Jeep dubbed the CJ. In 1986, Chrysler (owner of Jeep) replaced the slow-selling CJ with the first mass market Wrangler. This Wrangler became successful and a symbol of American pride. The Wrangler was seen as a car which you just simply enjoy life in. No wonder the Wrangler has appeal as a midlife crisis car for some people. It was unique due to its off road ability, retro looks, and overall cool factor. The fact that you could take the doors and top off didn’t hurt either. The Wrangler was redesigned in 1997, and that is when the Wrangler really took off. Building on the older Wrangler’s traits, it was more comfortable, faster, and bigger, but still retained its off road prowess.