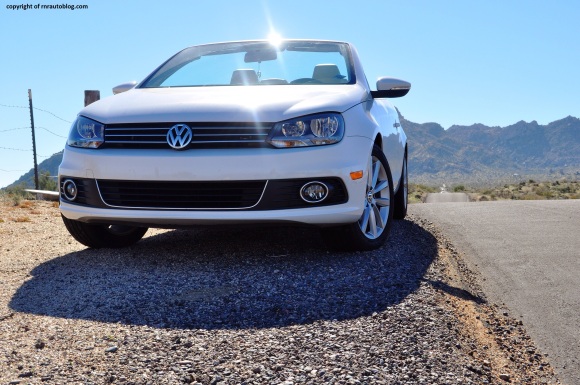 “Drop the top and let your hair fly in the wind”

Volkswagen’s lineup has always included a convertible. It all began with the Beetle Convertible back in the 1960s. In the U.S, the Beetle ceased to exist in the late 1970s, and the Volkswagen Cabriolet (essentially a Golf convertible) was launched. Replacing the Cabriolet was the retro New Beetle Convertible. Then the New Beetle was discontinued as the Eos went on sale. The Eos arrived in Volkswagen’s lineup in 2007. Its novel feature was its metal hardtop and a sunroof embedded in within. It also came with a turbocharged four cylinder engine carried over from the Golf GTI and Jetta GLI. The Eos was refreshed in 2012, with styling revisions that now put it in line with Volkswagen’s latest design language. END_OF_DOCUMENT_TOKEN_TO_BE_REPLACED