You wouldn’t believe it from looking at this car, but its history goes way back to late 1960’s. The first generation debuted in 1966 as a version of the Coronet. It wasn’t until the next generation in 1968-1970 that the Charger name garnered fame. Showcasing distinct styling cues such as the “coke bottle” styling (the side looked like the side of a coke bottle) and the menacing grille with hidden headlights, not to mention it had the power to match its aggressive looks, the sales took off. This generation became the most famous Charger of all time, helped by its appearances in Fast and Furious series, Dukes of Hazzard, and Bullitt. When you think of a classic Charger, you think of this generation. Sadly, this iteration was the Charger’s peak. As the years passed, the Charger transformed from an iconic muscle car to a front wheel drive hatchback in the 1980s. It wasn’t until 2006 that Dodge had the courage to revive the Charger name. For the first time, the Charger was a four door sedan. The Charger and its twin, the Chrysler 300, were built off the platform of Mercedes E Class, promising better refinement and driving performance than what is normally expected of Chrysler and Dodge vehicles. 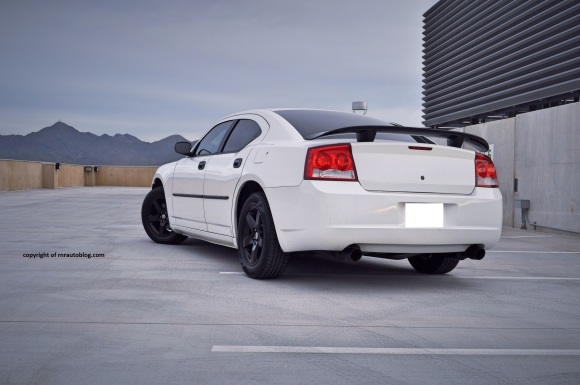 Styling wise, the Charger certainly does evoke a muscular essence. It is distinctively American, but with enough design details to make it interesting. It is a simplistic design, as evidenced by the grille, lights, and overall shape. But I like the subtle details such as the upward swoop acting as the character line on the side profile. The proportions are spot on, with a long hood and a short rear deck. It is simple but still muscular while paying homage to the classic Chargers. The cleanliness extends from the exterior to the interior. However, seeing that it is a Charger, I wish that there are retro touches like the ones you find in a Mustang, or a Camaro instead of a typical Dodge/Chrysler interior. 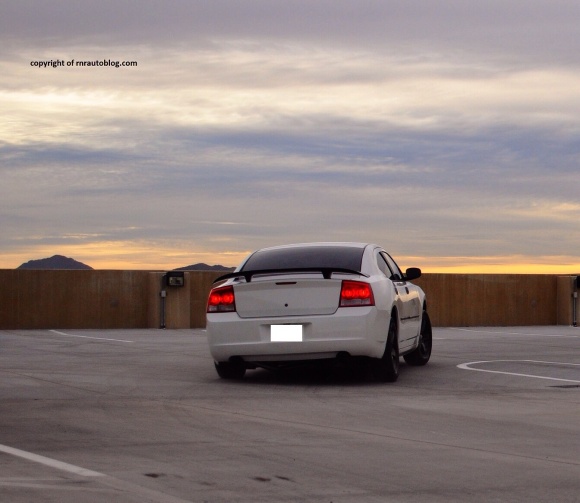 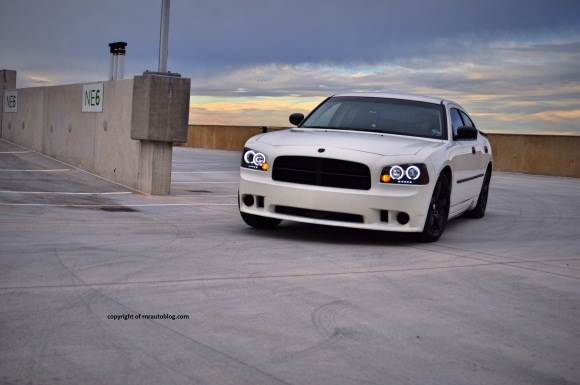 In normal driving, it feels ungainly. The steering is light, but can be slow at times. It could do with more feedback, as you are not always aware of what the front tires are doing. When you turn, you can feel the side of the car heaving. Aside from this trait, body lean is well contained. This car really proves its worth in corners. Due to the light engine, it is surprisingly nimble for such a big car. The front tucks in neatly, and understeer is mild. The brakes are easy to modulate and excellent overall. The ride quality for the most part is compliant. It can get jiggly on the highway, and road imperfections can make their way into the cabin on all but the smoothest roads. 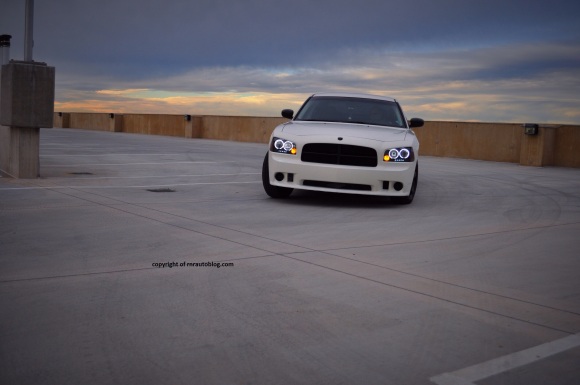 Charger purists will be baffled at the powertrain. Compared with the Charger RT and SRT8’s large capacity V8 engines, the 2.7 liter V6 making 178 horsepower and 190 pounds of torque seems puny. Acceleration is perfectly acceptable, and there is enough pick up power to satisfy most people. Fuel economy is commendable with 18-20 mpg city and 25-28 mpg highway. The five speed automatic transmission shifts smoothly, although it can hesitate to downshift. Memo to Dodge: Please put a manual transmission in the Charger. It needs one.

Refinement is not bad for what is essentially a family sedan. Wind noises are well suppressed, although there is some tire roar at some speeds. The upgraded exhaust intensifies engine noise, which is great as flooring the gas elicits a harmonic note. However, it can be tiring as the V6 is boomy at low revs. 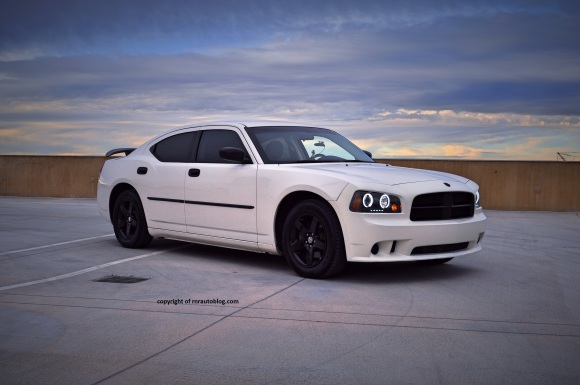 The interior is a generic Chrysler/Dodge spec interior. With that said, the interior is improved over the earlier Chargers. The interior now includes soft touch padding, and fit and finish is decent. However, hard plastics remain. The controls are large and easy to read, a blessing considering that car manufacturers nowadays think it is okay to make all the controls complex and infuriating to use. The gauges are legible as well. Space is decent, and the trunk is roomy. However, visibility and access are problematic. Due to the styling, visibility is restricted, especially in the back and front. It can feel confining due to the low roof line. Getting into the rear seat is hampered by the low roof line. The seats are comfortable, although they could do with more support in the sides. 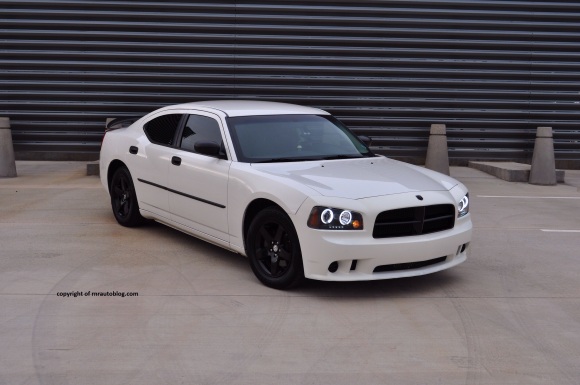 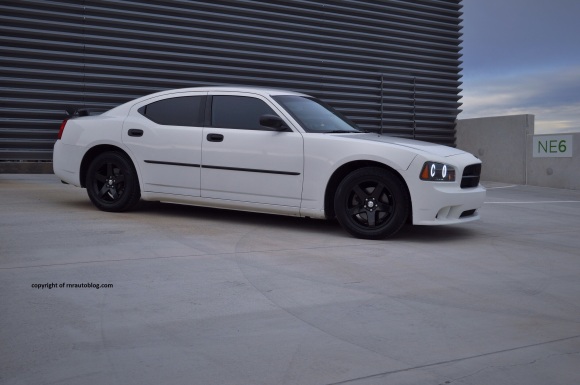 To sum up, the Charger successfully keeps in touch with its roots while staying in tune with modern trends. It has the looks, the power if you go for the RT or SRT8, can accomplish most family duties, and it is affordable. We all have heard this story where the man of the house could not get a sports car because his wife will not let him. Because the kids can’t fit in the back. Because it’s too noisy. Because you can’t put anything in the trunk. Whereas the Challenger will prove to be too irksome for the life, that’s where the Charger comes in. And it makes a fine case of injecting fun and practicality into your life. Dodge has successfully reinvented the Charger, as it is an American icon. If it were my choice, I would go for a brand new RT in black. Why the RT? 370 horses for 30 grand. Smoking!