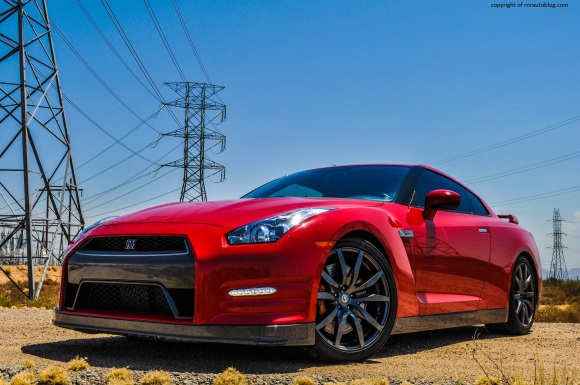 Author’s Note: Credit for the night pictures goes to my friend Ben Husband.

Behold the mighty GT-R. This isn’t just any Nissan. It’s a Nissan GT-R! If you ever watch Fast and Furious or play Gran Turismo video games, then you probably have heard of the Nissan Skyline GT-R. The Skyline GT-R was the sporty and top of the line version of the Skyline range which consisted of  mostly four door sedans and coupes. It all started with the first Nissan Skyline GT-R that debuted in 1969. These GT-Rs were known for their success in Japanese motorsports. However, the second generation was not as successful as the first because it arrived in 1973 just in time for the global gasoline crisis After just one year, Nissan canceled the Skyline GT-R. It wasn’t until 1989 that the Skyline GT-R reappeared. This generation was the first to utilize all wheel drive as well as four wheel steering and a turbocharged inline six engine. These features made it the most successful GT-R of all time with more than 40,000 units sold. By then, the Skyline GT-R had become Nissan’s flagship in terms of status and performance. The 1995 redesign elevated it in power and performance, but never reached the same sales as the previous generation. Then came the fifth generation Skyline GT-R which debuted in 1999. If you play the Gran Turismo Series or watch Fast and Furious, you would recognize this generation. We all know that was Paul Walker’s favorite car in the franchise. This generation (codenamed the R34) reached supercar levels of speed and handling, and it is known for its tuning potential. The R34 was a popular car for Japanese tuners as they were able to get as much as 800 horsepower from its engine. Sadly, none of these Skyline GT-Rs were ever sold in North America. However, the Infiniti G sedan and coupe and the EX crossover are Skylines brought from Japan and rebadged as Infinitis (Infiniti is Nissan’s luxury division). As the R34 stopped production in 2002, Nissan announced that it would separate its next GT-R from the Skyline lineup. Nissan launched the GT-R in 2007, and for the first time, it was sold in North America.  END_OF_DOCUMENT_TOKEN_TO_BE_REPLACED 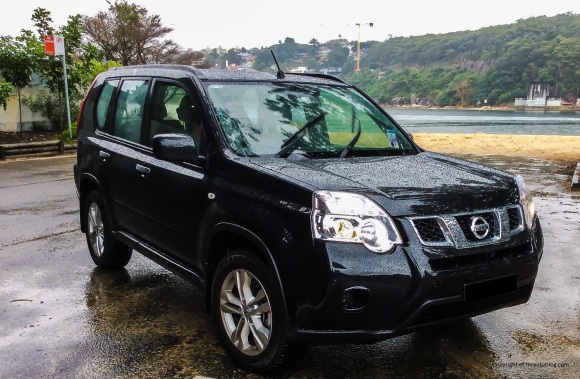 During the beginning of the 21st century, the SUV rose to prominence in the automotive industry internationally. SUVs used to be big and heavy vehicles and out of reach for most consumers, but many automakers found ways to bring SUVs more affordable while retaining the appeal of an SUV. Nissan’s contender for the midsize market was the X-Trail which debuted in 2001. With the Xterra and Patrol as well as the Pathfinder, Nissan was famed for its lineup featuring off road worthy SUVs, and the X-Trail was no exception. The appeal of the X-Trail was that it did not sacrifice its ruggedness for more car-like characteristics like the Honda CR-V and Toyota Rav4 did. Nissan targeted the X-Trail towards an outdoorsy audience. Based off a platform shared with the Nissan Almera and Primera family sedans, the first generation of the X-Trail achieved success in Japan and Europe due to its combination of reliability and affordability as well as its go-anywhere ability. In just six years, Nissan sold almost a million X-Trails worldwide.  A second generation followed in 2007, and the X-Trail refined its virtues while remaining similar to the first. It was redesigned in 2014, and it follows the trend of carlike SUVs. It is the same as the Rogue we get in the States. Having the opportunity to visit Australia, I had to find out what the X-Trail was all about, and whether we Americans missed out. END_OF_DOCUMENT_TOKEN_TO_BE_REPLACED

Replacing the Stanza, the original Altima debuted in 1993. Its role was to provide more space, luxury, and power than the compact Sentra sedan but less than the Maxima sedan. The first two generations sold acceptably well, but did nothing to worry the Toyota Camry and Honda Accord. This changed with the third generation. In contrast to the previous generations’ tame styling and mundane handling, the 2002 Altima boasted sharp styling and prioritized nimble handling. With a 240 horsepower V6, the Altima had the power to match its looks, and in a time when competitors’ V6 maxed out at 200 horsepower, the Altima was fast. This Altima had the goods to worry Honda and Toyota. This approach continued with the fourth generation Altima. I’ve had the opportunity to drive a 2009 Nissan Altima 2.5 and 3.5. The 2.5 liter four cylinder provided great performance for a four cylinder,and the 3.5 liter V6 was very sporty and powerful. I really liked the fourth generation Altima, and the fact you could get it with a manual albeit hard to find was a bonus. In 2011, the Altima was the second best selling car in the US. Captivated by this growing success in sales, Nissan wanted to capitalize this. It took a different approach with the 2012 redesign of the Altima in order to garner even more sales by focusing more on comfort and space. END_OF_DOCUMENT_TOKEN_TO_BE_REPLACED 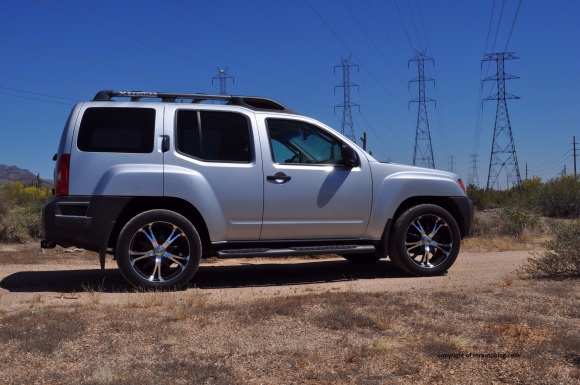 Catering to the SUV boom that started in the 1990s, Nissan debuted the Xterra in 2000.  Marketed with the slogan, “Everything you need, nothing you don’t”, the Xterra catered to the adventurous and outdoorsy clientele. The first generation Xterra was derived from the Frontier’s chassis, classifying it as a body-on-frame SUV. It sold well, but it was criticized for its lack of refinement and compromised on road performance. I’ve had the opportunity to drive a 2004 Nissan Xterra SE with a four speed automatic transmission, and I was shocked at how poorly it handled, and how stiff its ride was. It was a cool car, but as an SUV, there were better options out there. The Xterra received a redesign in 2005, and stayed true to the previous generation’s values while offering more refinement and a better driving experience. END_OF_DOCUMENT_TOKEN_TO_BE_REPLACED 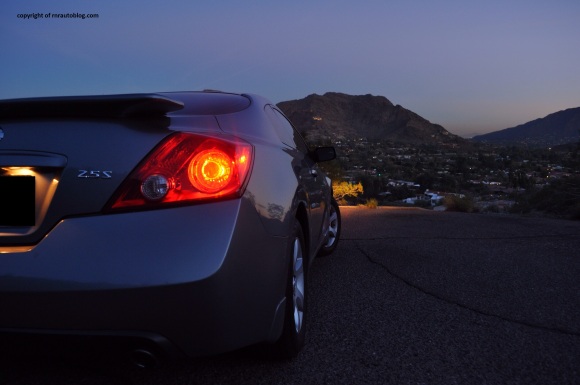 Replacing the Stanza, the Altima joined Nissan’s lineup in 1993 bridging the gap between the compact Sentra and the large Maxima. Known for its affordability and sporty handling, the first generation Altima was successful. It was not till 2002 that the Altima became a serious rival to the Toyota Camry and Honda Accord. In 2002, the Nissan Altima was completely redesigned, and it was a significant improvement over the older Altimas. Boasting powerful engines, sharp styling, slick handling, not to mention a roomy cabin, the Altima became a best selling family sedan. The Altima was redesigned in 2007, and it continued this tradition. The virtues of the previous generation was carried over. The 2007 Altima was even faster yet it got the best in class fuel economy. For the first time, the Altima lineup introduced a coupe version as a response to the Honda Accord coupe. END_OF_DOCUMENT_TOKEN_TO_BE_REPLACED 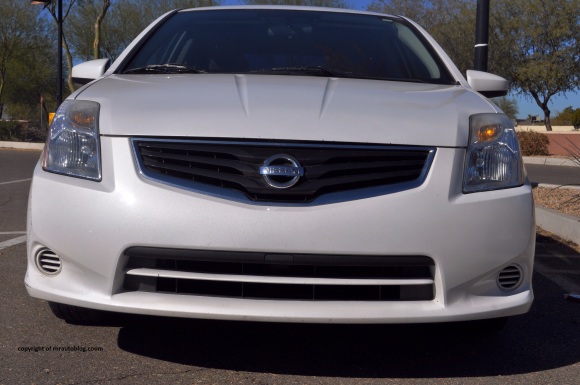 When I think of the Nissan Sentra, i think of the sporty Nissan Sentra Spec V. Sadly this is a normal 2.0S. The Sentra goes all the way back to 1986. Datsun had just changed its name to Nissan, and Datsun 210 became the Nissan Sentra. However, in the earlier years, some Sentras still had a Datsun badge instead of a Nissan badge. Many years would pass by before the Sentra became a real contender in the compact economy class. It was not until the 2000 redesign that the Sentra became competitive. Boasting contemporary styling and decent road manners, the Sentra boosted its sales. The fact that a sporty Spec V version with upgraded horsepower and mechanicals was available did not hurt either. The Sentra was redesigned in 2006. Placing emphasis on comfort and fuel efficiency, the six generation Sentra was a different vehicle than the Sentra it replaced. END_OF_DOCUMENT_TOKEN_TO_BE_REPLACED