I grew up in what you might call a Honda family. We had a 1988 Honda Civic DX, 1995 Honda Odyssey LX, and a 2004 Honda Pilot EXL. We kept each of the Hondas for as least 6 years. The 2004 Honda Pilot is still in our family, and it is running strong at 158k miles. In 2002, my father was originally going to get the Honda Accord, but due to its age, he got the Toyota Camry which was brand new at the time instead. As the fourth best selling car in America, the Accord came to fruition in 1976 as a hatchback. It instantly became a successful as it responded well to America’s need for a fuel efficient family car. The success continued as the Accord continued with its generations. The Accord was redesigned in 2008.  Compared to the previous Accords, the Accord has grown in size and was now classified as a large sedan by the EPA, and it placed more emphasis on comfort and refinement.

When it comes to the exterior, you can really tell it is a large family sedan. The front is cohesive and nicely detailed, although the headlights are too large for my taste. The side profile has an clear cut character line that starts from the fender to the rear taillight. The rear is the Accord’s least laudatory aspect of the design. It just has the appearance of being bulbous due to the oversized taillights and overly pronounced trunk and rear bumpers. The interior’s decor is typical Honda, meaning it is a businesslike decor. The sheer number of buttons can seem daunting. I remember reading in a Car and Driver magazine’s road test of this Honda Accord where they noted around 43 buttons total. A contrasting strip helps brighten up the otherwise stark interior. 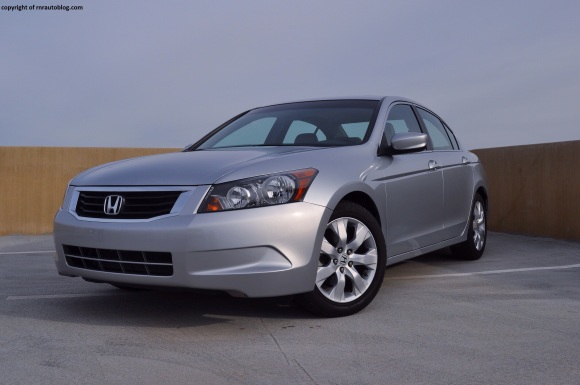 I expected some wallow and considerable body roll, but the Accord was actually more composed than I expected it to be. Dive into a corner, and the Accord surprises with agility that belies its size. The steering is light, but it is communicative and precise. Understeer is well contained, and the Accord feels stable and secure in hasty driving. Turn the wheel sharply, and it responds accordingly. The ride quality in true Honda fashion is firm but comfortable. Road imperfections permeate the cabin, but they are not uncomfortable or intrusive.

The 190 horsepower 2.4 four cylinder engine is an absolute gem. It revs up to 7,000 rpm, and it is smooth and linear. It has decent pickup power, so you never find yourself downshifting often when in need of more speed. Fuel economy is decent at 25 mpg overall. The four cylinder engine is coupled to a five speed manual. Hondas are well known for having the best manuals in the business, and this manual is no irregularity. It is slick and light. The clutch has decent bite and feel, and clutch travel is not too shabby. The manual and this four cylinder engine complement each other perfectly. It is a shame that it only has five gears, but at least the Accord is offered with a manual. 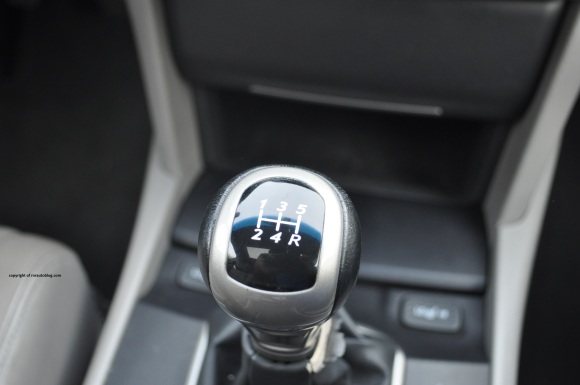 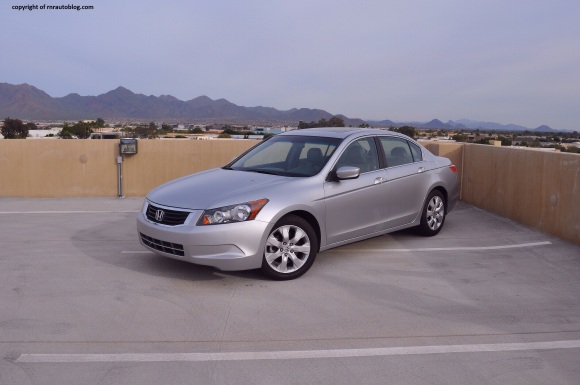 As with Hondas, road noise is an issue. Road imperfections invade the cabin, and it gets worse as speeds rise. However, noise levels are hushed. The engine is muted at low revs, but transforms into a melody as revs climb. This car simply loves its redline as it sings.

Fit and finish is immaculate as the controls feel well assembled and give off a sense of quality. The controls may seem complicated initially, but they are actually intuitive. Driving position is spot on, and visibility is excellent, aided by slim pillars and large windows. Storage spaces are plentiful.  The cabin feels airy and roomy. There is copious room in the front and there is generous room in the back. The trunk is large as well. 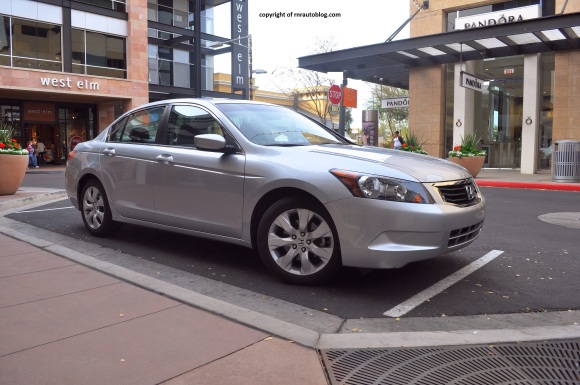 To many people’s eyes, the Honda Accord may seem an ordinary family sedan. But the perplexing thing is that when I was driving the Accord, I got the sense it was made out of love. Bear with me. If you drive a Toyota Camry which is designed to be as fun as an appliance, you never really love your Camry. The Camry is just a car. With the Accord, you just love your Accord. The owner of this had a manual Toyota Camry before this, and she noted that she loves the Accord, but never really “loved” the Camry. My point being, the Accord does everything well, but it has that Honda magic. The Honda magic is why we always bought Honda. The fact that it has a manual transmission helps too. Context affects experience.

One thought on “2008 Honda Accord EX Review”