Despite the current Dart, it was not always a modern compact sedan that was based off an Italian model’s  chassis. Rather, in the 1960s, it was a lower priced alternative to the Dodge Charger and  Challenger. Then in the 1970s, as the U.S experienced an oil crisis, the Dart became a compact. In 1976, the Dart was discontinued. Dodge’s entry into the compact car market was the Neon. The Neon was successful due to its mix of youthful styling and decent driving dynamics. Then came the disappointing Caliber hatchback. Rushed through development, the Caliber was of poor quality and felt underdeveloped. As Chrysler/Dodge/Jeep went under Fiat’s control, work was being done on the Caliber’s replacement. Using the chassis of an Alfa Romeo Guiletta, the rejuvenated Dart combines American styling and European handling. 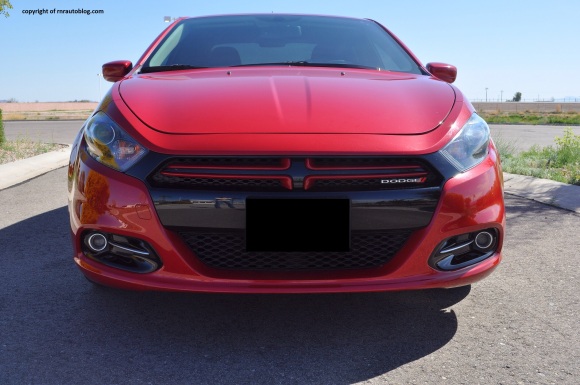 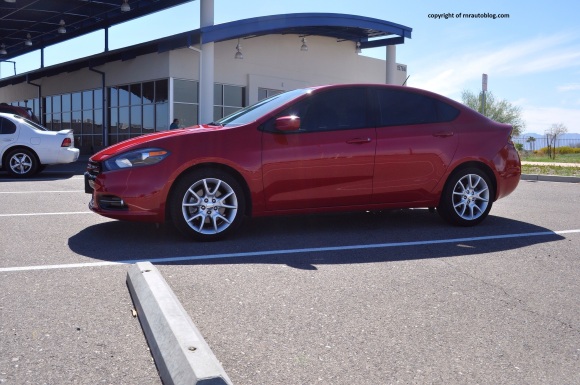 At first glance, the Dart looks like a mini Charger. The squinting headlights augment this car’s aggressive character as does the nicely done black grille and surrounding surfaces. The sporty side profile is helped by an uprising window line and a very subtle character line. The rear is where it looks most like a Charger. The full width taillights are creative, and they spice up the exterior. Overall, the exterior is well done with Dodge and European styling cues. The interior is plain for the most part,  but black trim and a chrome gear shift help liven it up. 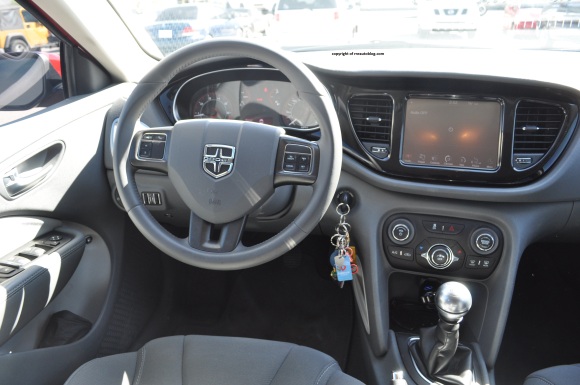 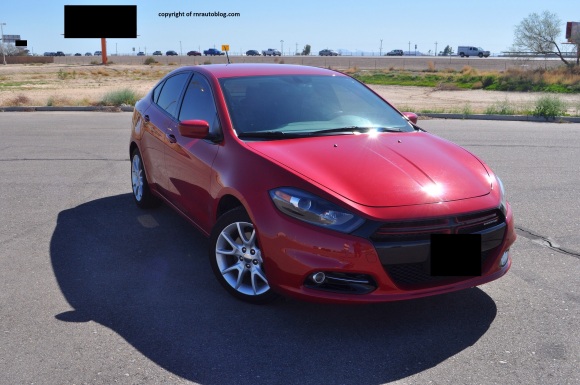 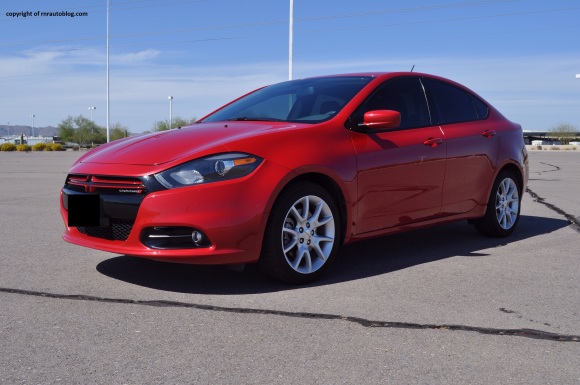 This car darts (pun intended) through corners with verve. The steering is well weighted, and it exhibits good road feel. I can always place the car on the road with the feel from the steering. Body lean is well contained. and it always responds faithfully to the driver. There is a sense of fluidity that other cars in this class cannot match. Ride quality is reminiscent of a BMW. It is firm yet comfortable. Only on poor roads, the bumps and road imperfections will become slightly uncomfortable. On the highway, the ride remains supple. Braking is decent although it could be better. The gas pedal is overly sharp, and it can be problematic especially with a manual transmission.

The Rallye trim denotes the MultiAir 1.4 liter turbo four cylinder engine. Other trims have Tigershark 2.0 and 2.4 liter four cylinder engines (non-turbocharged). The turbo lag is readily apparent, and it can lead to the engine getting bogged down at low revs. However, go past 3 thousand rpm, and it really pulls. The six speed manual shifts smoothly enough, but it can feel balky changing from first gear to second. The clutch feels a bit vague.

Refinement is on par with the rest of Dart’s competitors. Road and wind noise levels are low. The four cylinder engine is muted at low revs, but it can sound rowdy when pressed.

Fit and finish is decent, although some plastics are hard to the touch. This version comes with the UConnect touchscreen display. It is intuitive, and it responds promptly. All the controls are laid out logically, and easy to use. Same with the AC controls. The gauges fade out and can be illegible in direct sunlight. The seats could use more firm support as they are a bit too soft for my taste. It is easy to get comfortable in the front. Even though this is a big car, the rear is slightly cramped. Headroom is lacking due to the sloping roofline, and the center hump impedes on room for the middle passenger. The trunk is roomy for such a small sedan.

The Dart is a completely different animal than the Caliber and the Neon. This might be the best executed compact car Dodge has done in ages. Unlike the Caliber, it feels like thought and consideration was actually put into making this car. Many people questioned the act of Fiat taking control of Chrysler, but considering their recent products, I think it is one of the best decisions Chrysler has made. European parts and American styling. How is that not a great deal? The Dart feels like a little BMW in terms of ride and handling. It really is the best of both worlds. 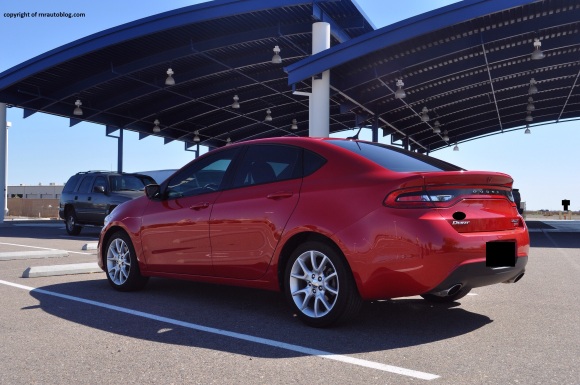