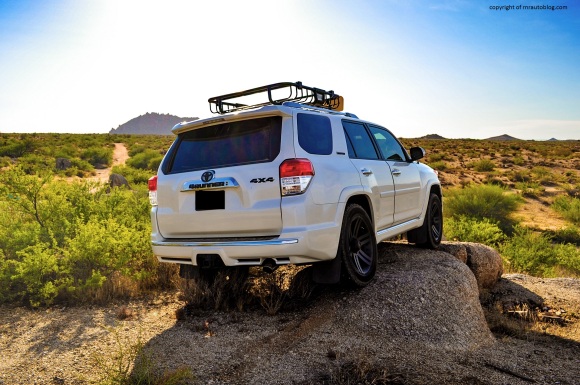 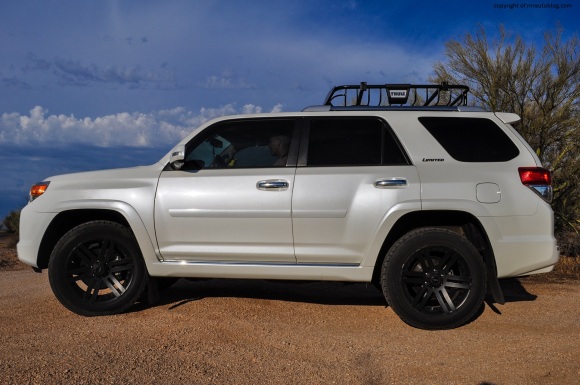 In contrast to the previous 4Runner’s softer designs, the 4Runner looks like it was hacked with a machete. Everywhere you look, there is something that sticks out (literally) and bulging surfaces. The front is agressive with protruding headlights and chiseled fascia. What got my eye was how huge the fog light housings are. The hood bump accentuates its menacing appearance. The side profile consists of a typical SUV body with an upright windshield and a slightly tapering rear. The “toughness” is reinforced by the large fender flares, even more so in the rear panel. The rear is similar to the front; everything is enlarged. Even the 4Runner and the 4X4 logo is uncharacteristically large. There’s nothing irksome about the rear except the strip of chrome running through the rear bumper. The interior is more conservative, with an appealing two tone scheme and brushed metal surfaces. The design is not particularly offensive, and I suspect that many people will like it. However, it does look forced with too much exaggerated details. 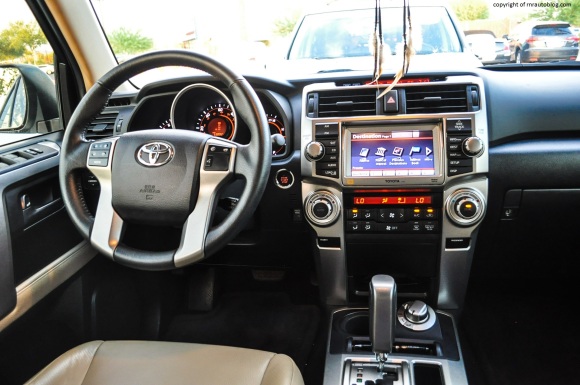 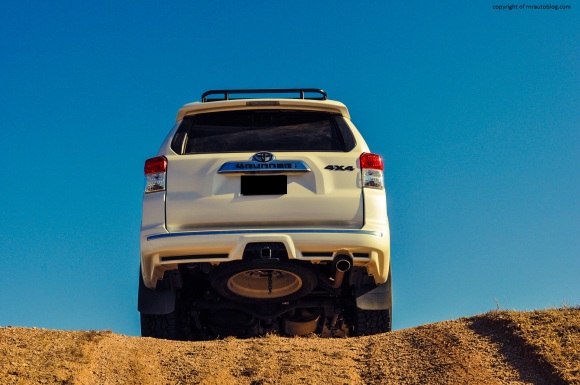 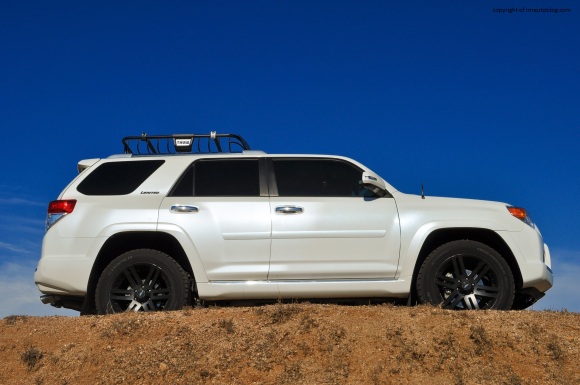 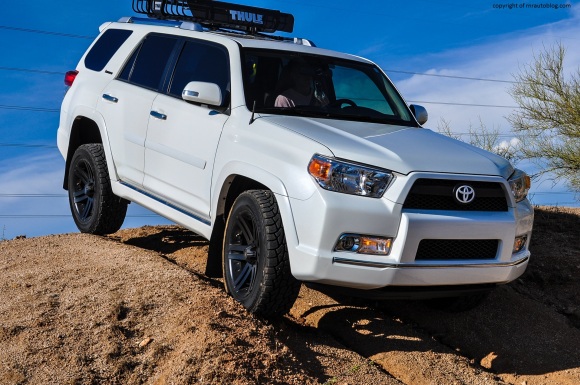 If you’re looking for fun handling, look elsewhere as the 4Runner’s truck underpinnings is readily apparent. With slow and very light steering, it feels like a truck. The steering is disconcertingly light to the point that it feels disconnected from the wheels. Lack of feel also contributes to its aloofness. When turning, it plows wide easily and right hand turns at any speed induces generous body lean. In contrast to the first generation’s nimblessness, this generation feels bulky and heavy and does not encourage you to go fast in the corners. However, it does prove its worth in its rock climbing ability. The top of the line Limited version comes with a full time four wheel drive system whereas lesser versions make due with a part time system. However, all 4Runners get low range gearing, hill start, and hill descent features. It is virtually unstoppable off road, thanks to its chunky tires, high ground clearance, and decent departure and approach angles. The suspension feels suited for ragged dirt roads but on normal roads, the ride quality is a mixed bag. It is soft enough but it gets easily unsettled by noticeable road imperfections.

When I learned that this generation would powered only by a V6 unlike the previous generation which used a V6 and a V8, I was disappointed. I felt that a tough SUV like the 4Runner should have a V8, but this 4Runner’s V6 doesn’t disappoint. Aside from its off road prowess, the V6 is the 4Runner’s best attribute. With 270 horsepower on tap, the 4.0 liter V6 feels strong at any revs. With abundant torque, keeping up with traffic is effortless. The five speed automatic works well, although I do wish that Toyota did not discontinue the manual transmission after the third generation. Fuel economy is relatively decent with around 20 mpg overall possible. 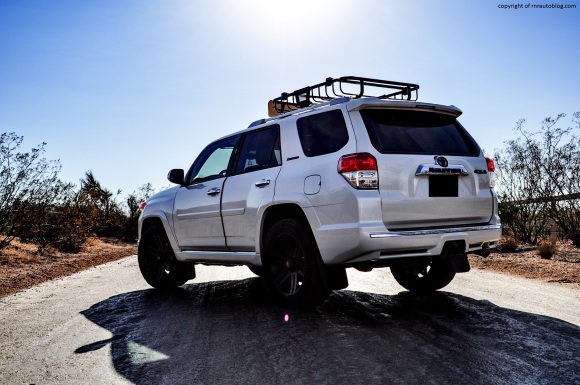 Aside from some wind noise on the highway. the 4Runner is quiet like a typical Toyota. The V6 stays in the background, but it sounds unpolished when pressed.

When you get in the driver’s seat, you really feel king of the road. With that said, it is hard to look over the hood although rear visibility is decent. It is easy to find a decent driving position thanks to the tilt and telescope steering wheel, and the seats offer adequate support with side bolstering. It is roomy in the front, and there is space for you to stretch your legs, and the rear is roomy. Three adults can fit in the rear comfortably, and the cargo area is cavernous.  Without running boards, access can be particularly difficult if you are short as there is a high step in. The controls are intuitive, and the navigation system works well. There is decent cabin storage, but my favorite feature is the power retractable rear window, a feature that has become a 4Runner hallmark. My only flaw with the interior are the gauges. The speedometer lists its speeds in a circular manner, so some speeds are located at an angle which I found annoying. However, fit and finish is top notch. 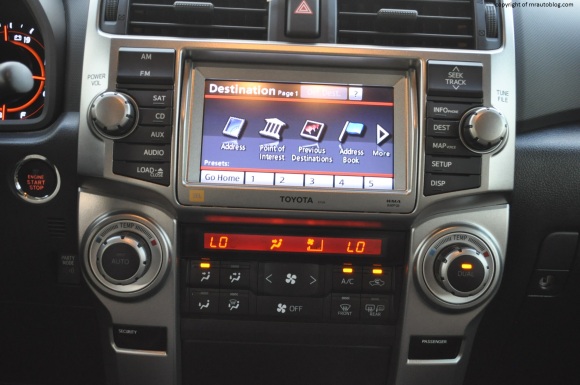 If I had not reviewed the previous 4Runners prior to this, I would still have come to the same conclusion, albeit with less insight. While it is a capable off roader, it lacks that “zing” that the previous 4Runners had. With the 1986, you had the feeling that you were in something special, and with the 1997, my personal connection to the third generation made it hard for me to resist liking it. But with this, it just feels like another Toyota. A Toyota that can go off roading well. But that’s it. There’s nothing in this that separates it from other SUVs. There’s no unique fiberglass top, a manual transmission, nothing.  As the 4Runner went up in price and size, it lost the essence of the compact and affordable 4Runners back in the ’90s. Don’t get me wrong: The 4Runner is a decent SUV and it should be super reliable, and I would not fault a person for buying one but in my opinion it just does not have that 4Runner cachet. The fact that this generation is the slowest selling generation since 2000 is proof. Again, the 4Runner isn’t a bad car, but it’s just not what I expected.