Replacing the Stanza, the Altima joined Nissan’s lineup in 1993 bridging the gap between the compact Sentra and the large Maxima. Known for its affordability and sporty handling, the first generation Altima was successful. It was not till 2002 that the Altima became a serious rival to the Toyota Camry and Honda Accord. In 2002, the Nissan Altima was completely redesigned, and it was a significant improvement over the older Altimas. Boasting powerful engines, sharp styling, slick handling, not to mention a roomy cabin, the Altima became a best selling family sedan. The Altima was redesigned in 2007, and it continued this tradition. The virtues of the previous generation was carried over. The 2007 Altima was even faster yet it got the best in class fuel economy. For the first time, the Altima lineup introduced a coupe version as a response to the Honda Accord coupe. 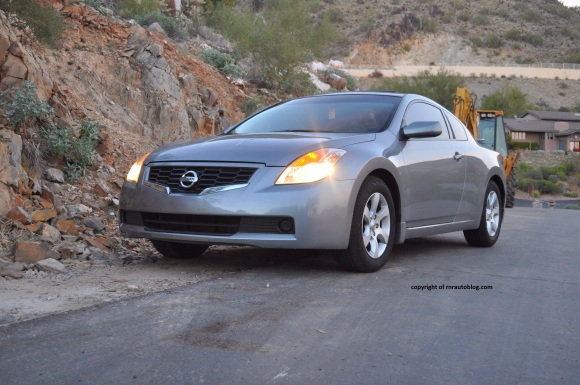 Styling wise, you can tell it is obviously an Altima. The front end is exactly the same as an Altima sedan. With that said, the frontal styling is clean with a touch of aggressiveness. Large and distinctive headlights flank out on the sides while the grille is somewhat disparate. Can’t say I care much for the sudden dip under the Nissan logo in the grille though. The side profile is pretty conventional. However, I remembered that the Nissan Altima V6 shares its mechanicals with the Infiniti G37 sedan and coupe. The one design detail that caught my eye was how the C pillar looks exactly like the Infiniti G37 coupe’s C pillar. As with the side profile, the rear styling is pretty ordinary. The spoiler nicely accentuates the trunk lid. The interior is carried over from the sedan as well. The dark color scheme is somber, but it is lifted by orange lighting. 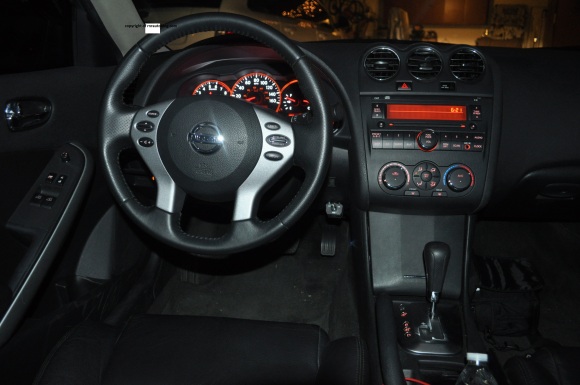 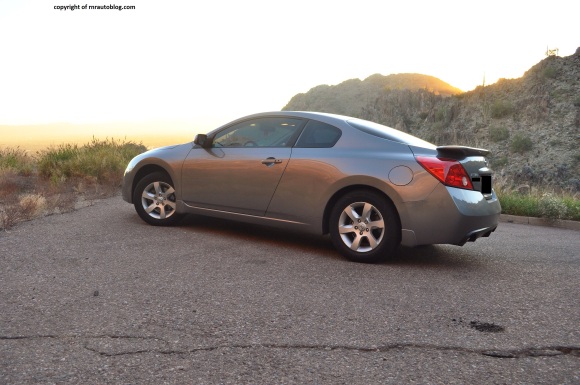 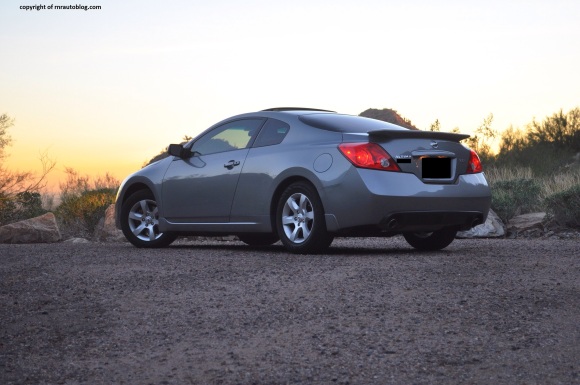 The Nissan Altima is known for its capable handling, and this coupe is no exception. The body stays impressively level, even as speeds rise. This is a very adept machine. When you turn the wheel, there is a sort of willingness that other cars of this category cannot match. The understeer is well hidden, and handling is secure. The only aspect that tarnishes the driving experience is the steering. The steering has a decent heft to it, but it is too vague. The ride quality is what you expect of a family sedan. It is taut and well controlled with muted kicks. The structure feels remarkably rigid. 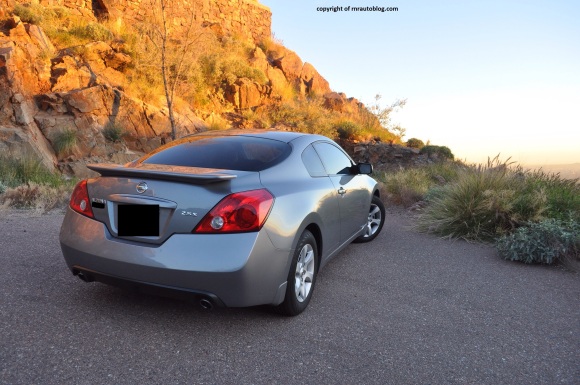 The powertrain consists of a 175 horsepower 2.5 liter four cylinder engine and a continuously variable transmission. The four cylinder is energetic and feels stronger than many V6s in rivals. The power is spread smoothly and evenly. The engine has abundant torque in reserve, so picking up speed with minimal effort is easy. The continuously variable transmission works seamlessly, but the snappy response can be unusual for some. Fuel economy is excellent at around 26-29 mpg overall (At the time, the Honda Accord Coupe gets around 23-25). 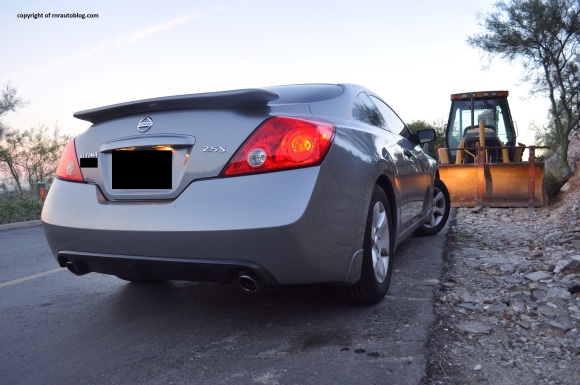 Refinement is faultless with minimal noises. Wind and road noise levels are well subdued, while the engine hums at idle. Mash the accelerator, and the engine note becomes somewhat coarse and gritty. 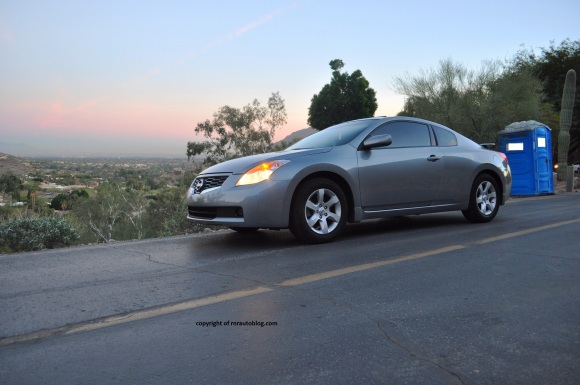 The first thing you notice when you sit in the driver’s seat is how comfortable it is. The seats offer first rate comforts. It is a shame that you cannot get lumbar adjustment on 2.5S versions. Fit and finish is tolerable as everything feels well assembled. The interior ambiance may seem plebeian to some, but for the most part, it is a well finished interior. The controls are a paragon of simplicity. The radio and AC controls are exactly what you expect them to be, and they are well labeled. The gauges are readable and uncluttered. It may feel airy in the front, but the rear is cramped. There is room for adults in the back only if the front seats are pushed all the way forward, and I imagine that will be uncomfortable for the driver and the passenger. Visibility is precarious with thick blind spots. The trunk space is decent, and the rear seats can fold down.

I have always fancied the Nissan Altima over the Toyota Camry and the Honda Accord. I always felt that the Altima was a tough, dependable, and relatively fun family sedan. The coupe is no exception. Even though some people dislike coupes that are not destined to be sport cars, I have always been open to the idea. The Altima coupe is not a sports car by any means but it does deliver a captivating driving experience. When I tell you about how it stays level in high speeds, I was not exaggerating. It really does feel like you are driving a car that is destined for this purpose. Couple that with decent practicality and comfort, not to mention excellent gas mileage, and you have  a winner. I think it is a shame that the latest Altima does not come with a coupe version, or a manual transmission for that matter. Funny how with the absence of those two, the Altima has ceased to be as fun as a Toyota Camry. This reminds me of Newton’s Third Law. To every action there is always an equal and opposite reaction.